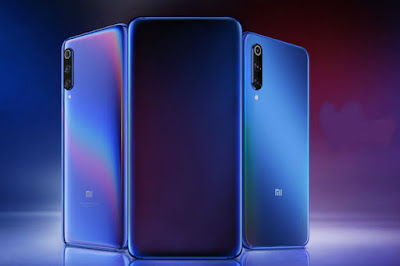 Earlier this month, Xiaomi launched its Mi 9T smartphone in Spain, Spain.  At the same time, during this event, the company was expected to launch Mi 9T Pro.  but that did not happen.  However, it is now being said that this phone will be launched soon.  This phone has been leaked and information for a long time.  Right now, the device has received Bluetooth certification.

In Bluetooth certification, the device has been listed with model number M1903F11G.  However, the details of the phone specifications are not available in this listing.  But in the Geekbench listings, some specifications of the phone have come up. List of Xiaomi Mi 9T Pro, Benchmarking site will be launched on June 12 with 8 GB RAM

In the Geekbench listing, this upcoming Smartphone of Cheomai was listed with the Xiaomi Mi 9T Pro model number.  There are many important phone specifications in this listing.  According to Geekbench, this phone of Shawomi will be offered on Android’s new operating system Android 9 Pie.  Mi 9T Pro was told to be equipped with 8 GB of Powerful RAM on Geekchainn.  There was also a talk of giving an octa-core processor with 1.78 GHz clock speed in the phone.

It is believed that the largest RAM variant of Mi 9T Pro is shown on the benchmarking site and this phone can also be launched at 6 GB RAM memory.  Talking about the benchmarking score, this phone has got 3453 scores in single-core and this upcoming Smartphone series of multi-core has been given 10363 scores.  Read also: Xiaomi is launching another cheapest phone Redmi 7A, next month launch in India

Let me tell that Mi 9T Pro was listed on the Geekbench with Raphael codenamed.  It is worth mentioning that Redmi K20 Pro also came with the same codename as well on the benchmarking site.  This listing has revealed that the Mi 9T Pro is a global version of the Chemo Redmi K20 Pro.  Earlier, the Mi 9T was also listed with Da Vinci Codename and got the same CodeName Redmi K20.