Vivo will launch its Z series and S series smartphones in India by the end of this month or early July.  Last week, Vivo India had informed about launching of new phones in Z series on its official Twitter handle.  Although the company has not yet released the name of the smartphone launch in this series, but before Vivo’s announcement, we bring the exclusive photo of this upcoming smartphone. 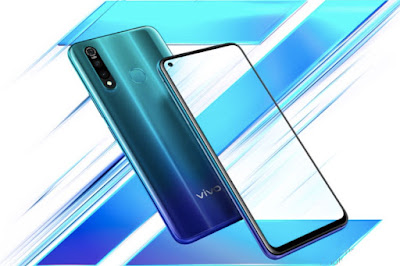 Vivo India is launching the company’s first punch-hole display in the Indian market.  The same smartphone from the company will be added to the Z series.  This is the smartphone that is being teased by the company on the Twitter and is being launched under the Z series.  Although Vivo has not been unveiled by the name of this phone, but let us know that some time ago, Vibo had introduced the phone made on the brand’s first punch-hole display in China.  In China this phone was launched with the name Vivo Z5x.

It is clear from the photo we received that Vivo is now going to launch its punch-hole display smartphone in the Indian smartphone market.  In India, this phone can also be launched with the name Vivo Z5x.  In the photo, a small hole is placed on the upper left on the phone display and the selfie camera is fit in the same hole.  The phone’s display is completely besieged and no physical buttons are given on it.

Talking about Vivo’s five-hole display phone launched in China, the 6.53-inch LCD display has been introduced on Android 9 Pie based Function OS 9.  For processing this phone has Qualcomm Snapdragon 710 chipset with the Octa-core processor.  Vivo Z5x has been launched in four variants by Vivo.  While the smallest variant of the phone supports 64 GB memory with 4 GB of RAM, other variants have 64 GB internal storage and 128 GB memory with 6 GB of RAM.  Vivo Z5x’s largest variant supports 128GB internal storage with 8 GB of RAM memory. 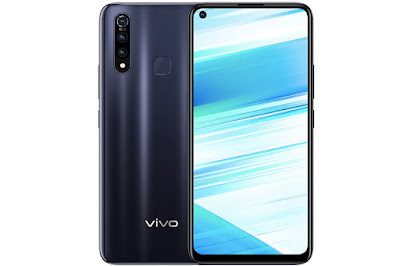 Speaking of photography segment, Vivo Z5x supports triple rear camera.  On the back panel of the phone, a 16-megapixel primary camera sensor with F / 1.78 aperture has been given.  Similarly, the phone has an 8-megapixel wide angle lens with F / 2.2 aperture and 2-megapixel telephoto lens with F / 2.4 aperture.  This phone supports a 16-megapixel front camera with F / 2.0 aperture, which is equipped with AI technology. For security where Vivo Z5x’s back panel fingerprint sensor is given, this phone has power of 5,000 mAh for power backup  Battery supports.  Vivo launched this phone in blue, gray blue and black color.
Significantly, apart from the Vivo Z series, Vivo is preparing to present a completely new S series in India.  Vivo S1 and Vivo S1 Pro smartphones can be launched on behalf of the company under this series.  According to the information received, both of Vivo’s series will be of medium budget and the phones priced below 30,000 rupees will be launched.  The company will sell Vivo Z series only on the online platform, and in this series, the company will launch low-priced phones that will compete with Xiaomi’s low budget segment.