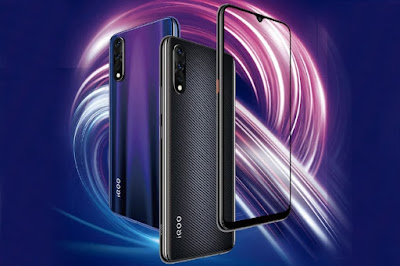 Vivo introduced Vivo iQOO smartphone under its new smartphone series iQOO on the Tech platform in April.  While this smartphone is available only for sale in the Chinese market, the company is preparing to bring another new device Vivo iQOO Neo while increasing the series.  The company has already disclosed the name of the new smartphone and the photo of this phone has been leaked to the Internet.  At the same time, Vivo iQOO Neo Smartphone has also been listed on Tena, where many important phone specifications have emerged.

Vivo iQOO Neo has been listed on the Chinese Certifications Site Tena with the Vivo V1914 Model Number.  Let us know that this smartphone has also been listed on China’s 3C Certifications site along with this model number.  While the phone’s photo was found, its look and design information was found, while the listing on Tena has also highlighted many important specifications of Vivo iQOO Neo on the Internet.

Vivo iQOO Neo’s Tena Listings revealed that this phone is made up of dimensions of 59.53 x 75.23 x 8.13mm.  6.38-inch display can be seen in this phone.  After the phone’s photo has been revealed, it is estimated that the in-display fingerprint sensor may be found in Vivo iQOO Neo.  At the same time, there has been talk of giving 4,420 mAh battery to Vivo’s upcoming smartphone, which will support 22.5 W Rapid Charging feature.

Talking about the look and design of Vivo iQOO Neo, this phone is very similar to Vivo iQOO in the photo, which was introduced on the Waterdrop Nowch Design.  The three edges of the phone where there is a beel lace.  There is a small body part down there.  Triple rear camera setup is provided on the back panel of the phone which is present on the upper left part of the vertical shape.  Fingerprint sensor is not provided on the back panel of Vivo iQOO Neo. 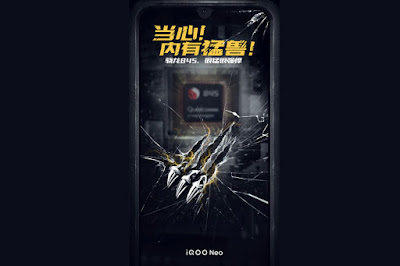