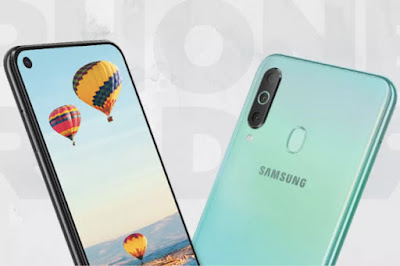 This year has been very special for Samsung fans.  On the one hand, while the company has launched spectacular smartphones while making big changes to its Galaxy A series, on the other hand, smartphones have introduced the Galaxy M series while launching a new market.  Along with this new series, Samsung also introduced the Watermark Knouch so far that Galaxy M10, Galaxy M20 and Galaxy M30 smartphones have been launched.  Samsung has added a new device Galaxy M40 in the same series today.  With this phone, the company has not only given very spectacular specifications but also introduced Infiniti O Displays in the Mead Budget.

Galaxy M40 has been launched by Samsung on Infinity O Display.  This is Samsung’s first mid-range smartphone that supports such display.  The phone is made on a basel lace design, with three edges where there is completely beveled laces, there is a light body part below.  On the phone’s display, a small hole will be placed on the upper left and the Galaxy M40’s selfie camera is fit in the same hole.  Earlier this type of display was seen in the highland flagship Galaxy S 10 series. 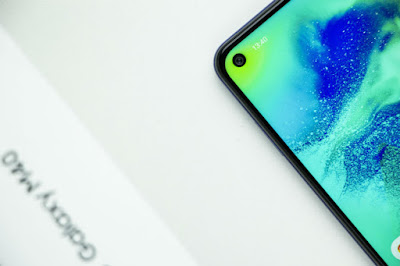 The Samsung Galaxy M40 has been launched on a 6.3-inch FullHD + Infinity-O Amoled display with 2340 × 1080 pixel resolution which is protected from Gorilla Glass 3.  This phone has appeared on the Android 9 pie out-of-the-box based Samsung’s User Interface One UI, which runs on Qualcomm’s Snapdragon 675 chipset with a 2-GHz clock speed octa-core processor.  For the better graphics and gaming, this phone has the Adreno 612 GPU.
Talking about photography segment, this phone supports triple rear camera setup.  The 32-megapixel primary rear camera sensor is provided with the LED flash on the back panel of the Galaxy M40.  Along with this the phone supports an 8-megapixel ultra-wide sensor and a 5-megapixel mid-dimensional camera sensor.  Samsung Galaxy M40 has a 16-megapixel selfie camera for selfie. 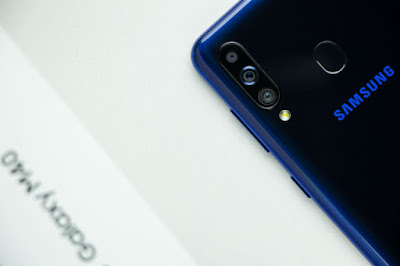 samsung Galaxy M40 is a dual sim phone that supports 4G LTE.  On behalf of the company, this phone has been launched in the Indian market with 6 GB of RAM.  Galaxy M40 supports internal storage of 128 GB, which can be expanded to 512 GB via microSD card.  Along with basic connectivity features, this phone supports rear fingerprint sensor for unlocking and security.  A battery of 3,500 mAh is given in the Galaxy M40 for power backup.