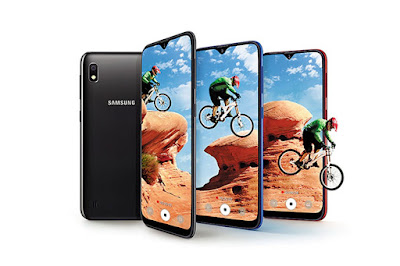 Samsung Galaxy A10s have been viewed on the US website FCC, where it has been listed with the SM-A107F / DS model number.  The phone’s sketch image has also been shared on this website, which has revealed important information related to the design of the phone.  On the other hand, the phone’s batteries and specifications related to sensors have also been disclosed in FCC listings.  Let’s tell you that the Galaxy A10s will be launched as the second version of the Galaxy A10 already launched by the company.

Speaking of FCC listing, Samsung Galaxy A10s can be launched by the company with dual rear camera.  Scach image has shown that this camera setup will be in the vertical shape on the left side of the phone’s back panel.  Flashlight is also shown right below this camera setup.  The rear fingerprint sensor is also provided on the back panel of the phone.  On the lower panel of the Galaxy A10 S in the sketch image, 3.5mm jack is also seen with USB port.  According to the FCC, the Galaxy A10s will be launched with 3,900 mAh battery.

Samsung Galaxy A10 has been introduced by the company on Infinity V display.  On the upper side of the phone display, the small ‘V’ shape has been given a small selection.  On the three edges of the display where there is a bezel lace, there is a light body part below.  This phone supports a 6.2-inch HDPlus display with 720 x 1520 pixel resolution.  Samsung has introduced this phone on the Android 9 Pie based Android One user interface. 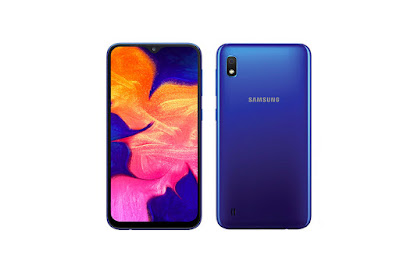 Galaxy A10 works with Samsung’s Xenos 7884 B chipset with the Octa-core processor.  On behalf of the company, this phone has 2 GB RAM memory.  This phone supports 32 GB internal storage which can be increased by up to 512 GB via microSD card.  Talking about the photography segment, the Galaxy A10 supports a single rear and single front camera.
The 13-megapixel rear camera sensor with F / 1.9 aperture is given with LED flash on the back panel of the phone.  Similarly, the small Knouch on the front panel of the phone is equipped with a 5-megapixel selfie camera with F / 2.0 aperture.  The physical fingerprint sensor is not given in the Galaxy A10 and the Face Unlock feature will be used to unlock the phone.  Similarly, for this power backup, this phone has a battery of 3,400 MAH with micro-USB port.