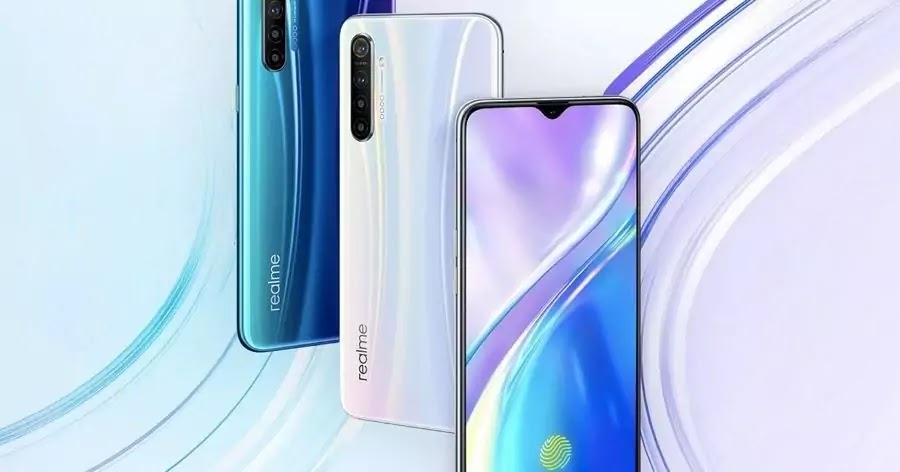 Realme had stated in September that the company will launch a smartphone in the Indian market by the end of 2019, which will be equipped with a quad rear camera setup with 64 megapixel sensors and will run on Qualcomm’s Snapdragon 730G chipset.  It was long discussed that this smartphone will be launched with the name Realme XT 730G.  But today, while launching this smartphone in the Indian market, Realme has officially launched its device with the name Realme X2.  Realme X2 will be available for sale in India from December 20, starting at a starting price of Rs 16,999.

Realme X2 Look & Design
Reality X2 has been introduced by the company on 3D gloss design.  On the front panel of the phone, where the three edges of the display are bezel laces, the small ‘V’ shape is notched on the upper side.  Realme has named it ‘Dewdrop Notch’.  The company introduced Realme X2 on the gloss back panel, which gives a premium feel in the sight.  There are four camera sensors on the back panel of Realme X2, which is located in the vertical shape on the top left.
In this camera setup, the four sensors are present in the same ring and the top given camera is yellow outlined around the sensor.  64MP is written below this sensor.  Flash light is present on the right side of the rear camera setup.  The branding of Realme is given at the bottom on the back panel.  The power button and volume rocker are given on the side panel of Realme X2, while the USB port is present at the bottom.
Camera
Samsung ISOCELL Bright GW1 technology is used in Realme X2.  With this technology, ultra-high pixel image with 9216 x 6912 resolution can be captured.  There are four camera sensors on the back panel of the phone, which are placed with flash light.  The 64-megapixel primary sensor with F / 1.8 aperture has been given in the quad rear camera setup of Realme X2.
Along with this, Realme X2 supports an 8-megapixel ultra wide angle lens with F / 2.25 aperture, a 2-megapixel depth sensor with F / 2.4 aperture and a 2-megapixel macro lens with similar aperture.  At the same time, Realme X2 has a 32-megapixel front camera with F / 2.0 aperture for selfie and video calling. 
Realme X2 specifications
Talking about the features and specifications of the phone, Realme X2 has been introduced on a screen-to-body ratio of 91.9 percent which supports a 6.4-inch Super AMOLED display with 2340 x 1080 pixel resolution.  The phone’s screen has been equipped with an in-display fingerprint sensor by Realme.  At the same time, Corning Gorilla Glass 5 has been protected on both front and back panels to protect Realme X2.
Realme X2 has been introduced on Android 9 Pie based Color OS 6.1, which is Qualcomm’s Snapdragon 730G chipset built on 8 Nm technology with 2.2 GHz clock speed octa core processor.  At the same time, the Adreno 618 GPU has been given in the phone for graphics.  In the Indian market, Realme X2 has been launched in three RAM variants which include 4 GB RAM, 6 GB RAM and 8 GB RAM.
Realme X2 is a dual sim phone that supports 4G VoLTE.  The phone has basic connectivity features.  Realme X2 has a 4,000 mAh battery with 30W charging fast charging equipped with VOOC flash charge 4.0 technology for power backup which can be charged with USB type-C port.  The company claims that this phone is capable of charging up to 67 percent in 30 minutes.
Variants and Price
Realme X2 will be available from the upcoming December 20 on the shopping site Flipkart where this phone will be available for sale in Pearl Green, Pearl Blue and Pearl White Color variants.  Talking about the variants and price of Realme X2:
4 GB RAM + 64 GB storage = Rs 16,999
6 GB RAM + 128 GB storage = Rs 18,999
8 GB RAM + 128 GB Storage = Rs 19,999