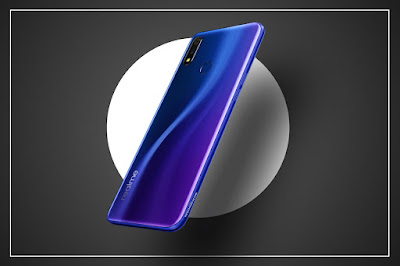 This year Realme 3 Pro and Samsung Galaxy M30 have challenged Redmi Note 7 Pro in the budget range of Rs 15,000. Realme 3 Pro and Samsung Galaxy M30 both come with a smartphone, Waterdrop Notch, full HD display panel, better camera features. Which of these smartphones would be better for you to buy, we are going to tell you today. Both smartphones tend to be overwhelming due to some of their features.

Both the smartphones come with the big bezel Less Waterdrop, the back panel of plastic has been given in the back of both smartphones. However, Realme 3 Pro Glossy gives more premium look due to 3D rear panels. The Rear Panel of Galaxy M30 does not appeal to you much appeal, but its front panel is quite attractive.
The Galaxy M30 features a 6.4-inch Full HD Plus Infiniti-V AMOLED display with a resolution of 2340×1080. There are plenty of bright, rich and vivid color reflectors in the display. Realme 3 Pro features a 6.3-inch Full HD Plus display. Galaxy M30 is much better than Realme 3 Pro in terms of display.

Realme 3 Pro is heavily on the Galaxy M30 due to its 2.2Ghz Snapdragon 710 chipset processor. Snapdragon 710 chipset processor is a processor equipped with Artificial Intelligence that can multi-tasking with apps used for your day-to-day life. Apart from this, it has got Adreno 616 graphics processing unit which is better for gaming.
The Galaxy M30 has a 1.8GHz octa-core Exynos 7904 processor. On this processor, you can use the apps used for day-to-day, but you may have trouble playing high-resolution games and the phone starts heating up. In addition, Realme 3 Pro runs on ColorOS based on the latest 9 pie, while the Galaxy M30 runs on Android 8.0 Oreo. However, for this soon, the OneUI rollout will be based on Android 9 Pie.

Now the question is, which of these two smartphones would be better to buy, we leave the decision to you. In Galaxy M30, you get the AMOLED display with a powerful battery of 5,000 MAH with USB Type-C charging support. At the same time, you get a better processor and camera in Realme 3 Pro. In this, you get VOOC 3.0 Fast charging support. The initial variant of the Galaxy M30 is priced at Rs 14,999, while the base variant of Realme 3 Pro is priced at Rs 13,999.