OnePlus introduced the OnePlus 8 series yesterday under its flagship.  OnePlus 8 and OnePlus 8 Pro smartphones have been launched under this series.  Both of these devices have also become official in India, which will be available for sale after the end of the lockdown in the country.  Talking about OnePlus 8 Pro, it is the most powerful phone of the series.  OnePlus 8 Pro has been launched in the market with 5G connectivity.  The competition of this phone in India is from the country’s first 5G phone Realme X50 Pro.  Realme X50 Pro is available for sale in the market and OnePlus 8 Pro is coming soon in the market.  In such a situation, in order to know which mobile will be heavy on which, we have further compared the specifications of both phones, which will be able to answer all your questions. 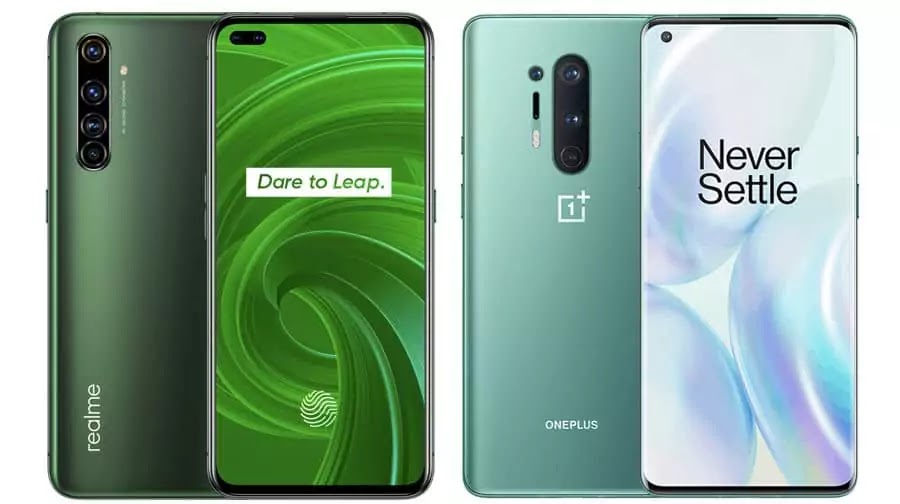 Talking about the design of both smartphones, Realme X50 Pro was launched by the company on dual punch-hole display, while OnePlus 8 Pro smartphone has entered with single punch-hole.  Both phones have a punch-hole display on the top left.  Talking about the back panel of the phone, the quad rear camera setup has been given on the upper right side of the Reality X50 Pro, which is in vertical shape.  OnePlus 8 Pro’s rear camera setup where vertical shape is given in the middle of the panel.  The camera setup is on the right and flash and sensor are present.

Both the phones are built on glossy and shiny design and protected with Corning Gorilla Glass.  The volume panels and power button are provided on the side panels and the low panel USB type C port is present.  Here we can say that while the design of Realme X50 Pro is similar to the older smartphones of Realme, there is some newness in the design of OnePlus 8 Pro.  Realme X50 Pro has been launched in Moss Green and Rust Red colors and OnePlus 8 Pro can be purchased in Glacial Green, Onyx Black and Ultramarine Blue color variants. 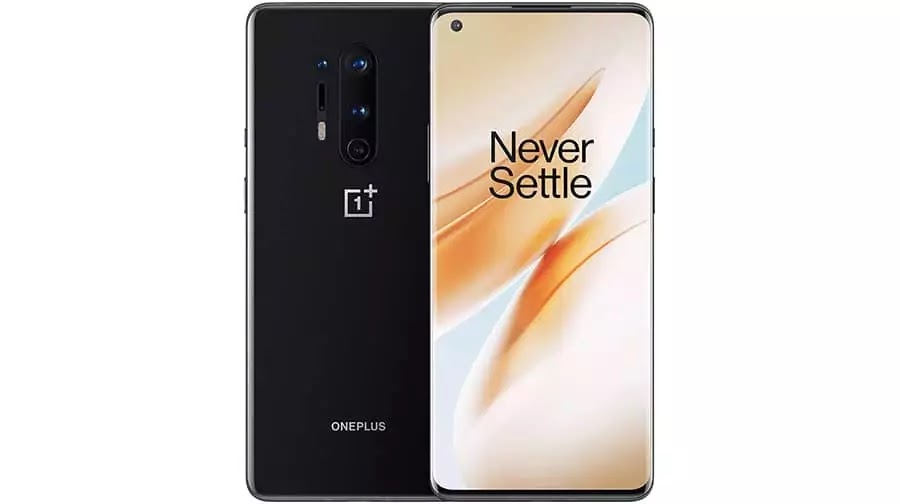 OnePlus 8 Pro has been introduced at 19.8: 9 aspect ratio and this phone supports 6.78 inch QHD + Curved Fluid Display with 3168 X 1440 pixels resolution.  The phone’s display supports HDR 10+ and 1300+ nits brightness with a visual quality of 120Hz refresh rate.  This phone is built on a gloss body which is IP 68 rated.  On behalf of the company, OnePlus 8 Pro’s screen is equipped with an in-display fingerprint sensor and it is protected with Corning Gorilla Glass.  In terms of display, OnePlus 8 Pro will be called more interactive and advanced.

Realme X50 Pro has been introduced at a screen-to-body ratio of 92 percent, with an aspect ratio of 20: 9.  This phone has a bezel-less screen with a dual punch-hole in the upper left corner.  Reality X50 Pro supports 6.44-inch FullHD + Super AMOLED display with 2400 × 1080 pixel resolution.  This display of the phone provides visual quality at 90Hz refresh rate which supports HDR 10+ and 1000+ nits brightness.  Reality has kept the phone’s screen coated with the E3 panel, which prevents the eyes from getting more impact. 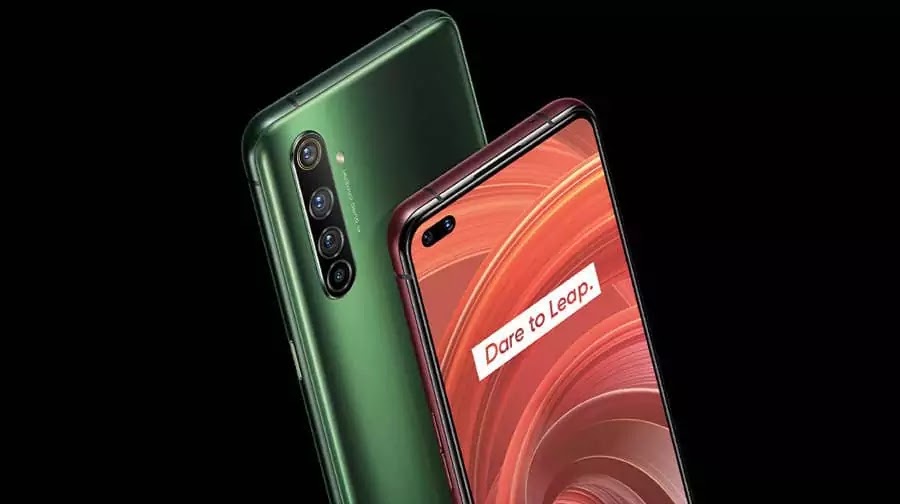 The Quad Rear and Dual Selfie Camera have been given for photography in Realme X50 Pro.  Talking about the rear camera setup first, the Realme X50 Pro supports 64-megapixel primary GW1 sensor with F / 1.8 aperture.  Along with this, an 8-megapixel ultra-wide angle lens + macro lens with f / 2.3 aperture on the back panel of the phone, a 12-megapixel telephoto lens with 20x zoom support and f / 2.5 aperture, and a 2-megapixel front lens with f / 2.4 aperture  has gone.  Along with this, the front panel of Reality X50 Pro has a 32 megapixel primary Sony IMX 616 sensor with F / 2.5 aperture for selfie and an 8 megapixel ultra wide angle lens with F / 2.2 aperture. 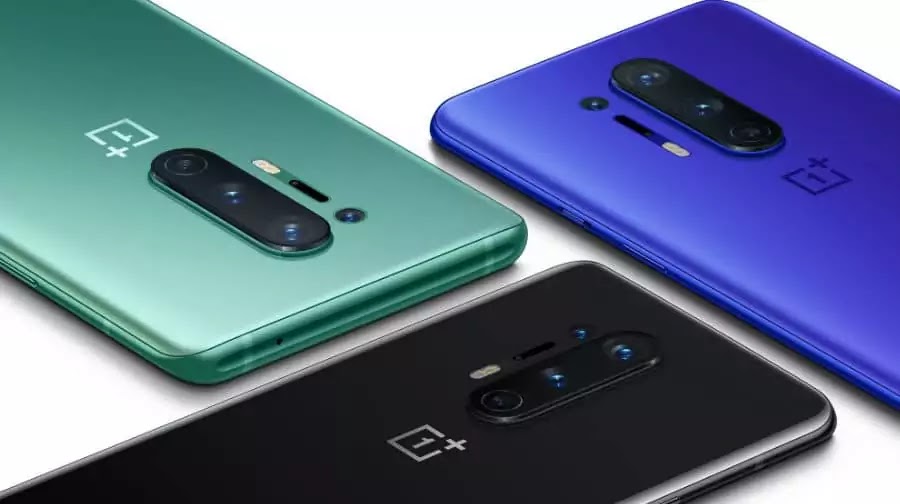 OnePlus 8 Pro has been introduced on Android’s latest OS, Android 10, which works on Oxygen OS.  For processing, this phone has Qualcomm’s Snapdragon 865 chipset built on 7 nanometer technology with an octa core processor with 2.84 GHz clock speed.  The phone has an X55 modem which is capable of working on the 5G band.  Similarly, OnePlus 8 Pro has been equipped with Adreno 650 GPU in the market for graphics.  Along with this, features like WiFi 6 and Bluetooth 5.1 and Dark Mode are also available in OnePlus 8 Pro.

Realme X50 Pro is India’s first 5G phone.  It has been introduced on Android’s latest OS Android 10, which works on Realme UI.  For processing, Qualcomm’s Snapdragon 865 chipset on 7 nm technology has been given in this phone with 2.84 GHz clock speed octacore processor.  The phone has a 5G modem which is capable of working on every 5G band.  Along with this, the 5th generation Qualcomm AI engine is available in Reality X50 Pro which boosts CPU and GPU performance by up to 25 percent.  Similarly, Realme X50 Pro has been launched in the market equipped with Adreno 650 GPU for graphics.

OnePlus 8 Pro has been launched by the company with a powerful battery of 4,510 mAh.  This phone is equipped with Warp Charge 30T technology, which is capable of charging 1 to 50 percent of the phone battery in half an hour.  Along with this, OnePlus 8 Pro can also be charged through wireless technology.  The special thing is that this phone also charges fast in wireless way and the reason for this is Warp Charge 30 technology.

Realme X50 Pro has been launched by the company with a powerful battery of 4,200 mAh which supports 65W SuperDart Charge technology.  Let us tell you that X50 Pro is the first phone from India that works on this technology.  Through this technology, the phone can be charged with 6.5A charging current with USB Type C port, which is capable of full up to 100 percent of the phone’s battery in 35 minutes.  Along with being fast, this technology also maintains the health of the phone battery. 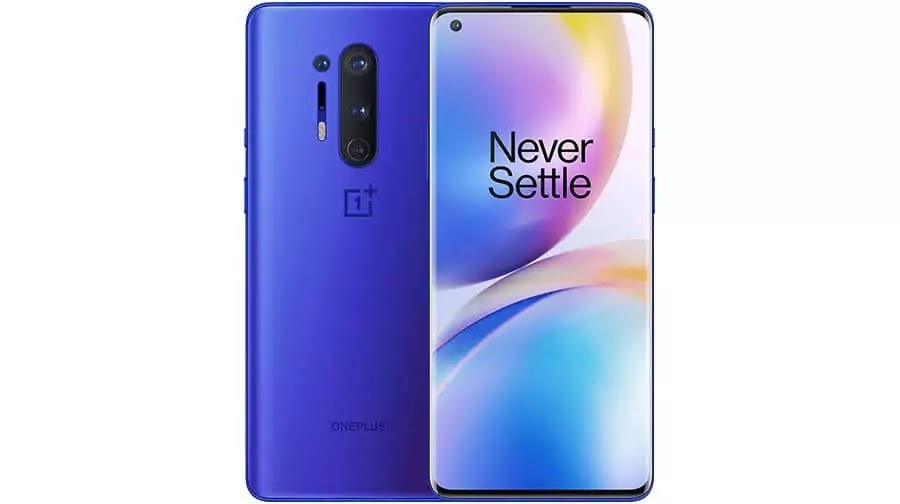 As we have already told, the Indian price of OnePlus 8 Pro is not revealed yet.  But still in terms of international price, the phone’s 8 GB RAM + 128 GB has been launched for 899 US Dollars and the 12 GB RAM + 256 GB storage variant has been launched in the market at 999 USD.  This price is close to Rs 68,000 and Rs 75,999 respectively according to the Indian price.  Significantly, in India, these phones will be launched at a lower price than the international price.