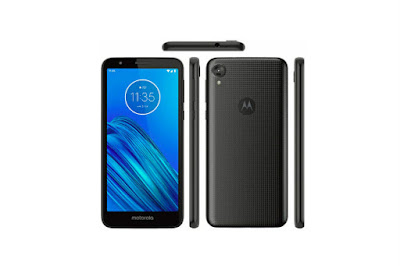 Lenovo’s proprietary company, Motorola, recently launched its Motorola One Vision in India.  Right now, the company is now preparing to introduce its Moto E6 series.  The Moto E6 Plus coming in this series was seen on Geekchain some time ago.  Right now, a render image of the Moto E6 has surfaced.

These render images have been shared by Famous Lexster Evan Blass (@evleaks) on their Twitter handle.  Looking at the phone’s render image, it can be estimated that the company will present this device within the budget category.  The phone has around Moto Bezel, single rear camera setup and 3.5mm audio jack.

Volume rockers and power buttons are given on the right panel of the phone.  On the upper panel of the phone where 3.5mm jack is shown, there is a USB port on the lower panel.  Seeing the picture, it is clear that Motorola will launch this phone in low budget segment.

According to the leak, 2 GB RAM memory can be given in the Moto E6.  This phone can be launched by the company in two storage variants, in which a variant will support 16GB of internal storage while the other variants can be given 32 GB of internal memory.  Talking about the photography segment, the Moto E6 can see a 13-megapixel rear with F / 2.0 aperture and a 5-megapixel front camera with F / 2.0 aperture.