Ever since the increase in tariff plans, telecom companies present in India have been facing the displeasure of their consumers.  Airtel, Vodafone Idea and Reliance Jio have updated their plans, which are falling on consumers' pockets more than before.  These telecom companies are now making a lot of efforts to keep customers from their network.  Recently, where Vodafone Idea, which has become India's largest telecom company, gave a big gift to its users by removing the FUP limit, now Vodafone has launched three more new and cheaper plans in the market.  The price of these three plans released by Vodafone is Rs 129, Rs 199 and Rs 269 respectively. 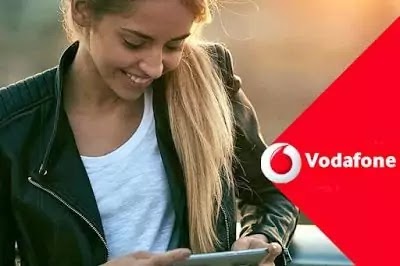 Under this plan, a total of 2 GB 4G internet data is being given to customers by the company.  Vodafone users can use this data within 14 days without any time limit.  Apart from the data, users will also get a total of 300 SMS in this plan.  Speaking of voice calling, Vodafone is also offering unlimited voice calling in its Rs 129 plan.  Vodafone customers will be able to make free calls on any network across the country without any FUP limit.

The Rs 199 offered by the company is slightly different from other telecom plans in the market.  Usually Airtel, Vodafone Idea and Reliance Jio bring their prepaid plan for 28 days but this Rs 199 plan of Vodafone comes with 21 days validity.  Talking about the benefit received in the plan, under this plan, users will get 1 GB 4G internet data every day.  That is, a total of 21 GB data will be available to Vodafone customers in the plan of Rs 199.

This new plan of Vodafone falls between Rs 249 and Rs 299 plan issued by the company.  Both these plans come with 28 days validity and provide internet data on a daily basis.  At the same time, Vodafone's new plan of Rs 269 has been released by the company with a validity of 56 days.  Under this plan, users will get only 4 GB internet data, which can be used at any time without any daily limit.

This new plan of Vodafone is being seen as a calling pack.  Under this plan also, fully unlimited voice calls will be received, which can be used on any network number.  Voice plan will remain free in this plan as well and can be used while roaming.  At the same time, a total of 600 SMSes are also being given by the company to its customers with this 269 rupees plan with 56 days of validity.
Next article Next Post
Previous article Previous Post
Click to comment
‹ Newer Post Older Post › Home
Subscribe to: Post Comments (Atom)