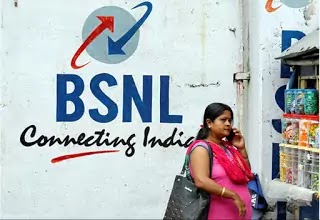 According to the reported report, BSNL has reduced the validity of its Rs 118, Rs 187 and Rs 399 plans.  A few days before this decision, other telecom companies had decided to increase the prices of their prepaid plans.  Since then, BSNL is reducing the benefits of its plans by not increasing the price. 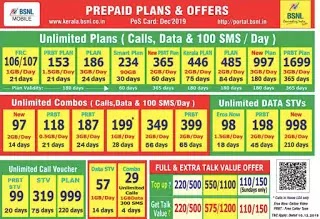 After the change, the validity of the Rs 118 prepaid plan in Kerala Circle has now been reduced to just 21 days, which was 28 days earlier.  However, currently 28 days validity is being given with the plan in other circles.  Apart from this, users get 250 minutes of voice call minutes per day, 0.5 GB high-speed data, free PRBT and 100 SMS per day.  Similarly, a plan of Rs 187 has been listed on BSNL Kerala website with a validity of 24 days.  Earlier this plan also had validity of 28 days.

Apart from the validity, the benefits available in this plan are the same as before.  In the plan, users will get 350 minutes of calls per day, 3 GB data per day, 100 SMS per day and free PRBT bundling.  At the same time, the validity of prepaid plan of Rs 153 has been reduced from 28 days to 21 days.

Recently, BSNL also changed its plan of Rs 29 and Rs 47.  According to the BSNL Haryana website listing, the Rs 29 BSNL prepaid plan has been revised and its validity has been reduced from 7 days to 5 days.  In this plan, users are being given unlimited voice calls, 1 GB data and 300 SMS as before.

Apart from this, if you talk about the plan for Rs 47, then now the users will get 7 days validity.  At the same time, the validity of 9 days was available in the first plan.  However, earlier benefits will still remain the same.  Unlimited calls (250 minutes per day) and 1 GB data are available in this plan.
Next article Next Post
Previous article Previous Post
Click to comment
‹ Newer Post Older Post › Home
Subscribe to: Post Comments (Atom)