Home LG LG G8s ThinQ with triple rear camera will be launched in Taiwan on June 28,

LG G8s ThinQ with triple rear camera will be launched in Taiwan on June 28, 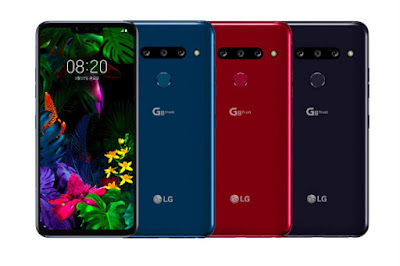 LG introduced its G8 ThinQ and G8s ThinQ during the Mobile World Congress event held in February this year.  Right now, these devices are ready to launch.  Korea's smartphone maker LG will organize an event in Taiwan on June 28 this month, where G8s ThinQ will be launched.  However, this phone has not revealed any information about the Indian launch.


According to media reports, the company will launch this phone by organizing an event in Taiwan on June 28.  However, no information has been revealed about whether the call will be offered to anyone other than this phone.

This handset can be offered in Carmine Red, New Aurora Black, and New Moroccan Blue color option.  At the same time, the phone is IP 68 Water and Dust Resistant and MIL-STD 810G Certified.  Not only this, 32-bit Hi-Fi Quad DAC, equipped with crystal sound OLED technology.


Speaking of specifications, the G8s ThinQ will have a 6.2-inch 1080 × 2248 OLED display.  At the same time, the Snapdragon 855 chipset to power the phone.  Apart from this, the phone will have 6 GB of RAM and 64 and 128 GB of storage.  You can increase the storage in the device with the help of MicroSD card.